I want to start off by saying that the “thesis” is the number 1. reason I’ve been shouting “I’ll never get my master’s degree ever!” since I was a young lad with a lot of quit in me.  I grew up in a…lazy household more or less.  I tried to not be lazy but I’m merely a product of my environment and I battle it every day.  Most of my childhood days were spent eating, playing video games, not making my bed, and watching TV.  I grew up very overweight with those pre-pubescent nipples that pointed inward due to my high body fat %.  Don’t ask for an example; it’s not exactly attractive.

As  I stated, I was, and still am, very lazy.  But I’m working on it and have been doing so for oh…the past 5+ years or so.  I was not expected of much all the way up until the completion of my Undergrad degree.  Having a low paying job and a crappy car was just the norm at that stage of most young adult’s lives.  But soon as you walk across that stage and snatch the degree from whatever professor’s hands, who’s name you’ve already forgotten, you’re technically in the real world and people want you to succeed.  Even worse, you yourself wants you to succeed.  There are certain expectations and footsteps you’re “supposed” to follow in to be considered a sucessful member of society.  Bring on the stress and goodbye personal chill.

Up until that point, I was relatively laid back individual.   I would just work my part time jobs, stay out late, hang with friends, play games, watch tv, you name it!   But slowly I felt those pressures creep in that life can’t be stagnant.  I hopped back into my seasonal work as a sign crafter at a local signage firm called Serianni Signs.  Now, I really, REALLY, enjoyed this job for so many reasons.  It was my uncle’s company, it was out of his garage, there were shop dogs, fresh air and sun all day, lot of laughs, working with my hands, getting to use power tools, experience all different kinds of materials, and most importantly gain experience building things.  We would take designs that were drafted by the owner for our customers and create physical signs out of those designs.  These could be made out of wood, PVC board, HDU (High Density Urethane), Aluminum, Corrugated Plastic, Plexiglass, etc.  We would apply paint, vinyl snickering, LED lighting, and sometimes even hand carve the material (my favorite).   It was work I really felt proud doing.  Creating something from scratch that got put up in public for the world to see and give a company an image is just so satisfying.  Every time I drive past a sign I had a hand in, I still, 10 years later, feel joy.  If you’re from the Utica, NY area, you may recognize this gem; one of the great signs I had the privilege to have a big hand in creating.

You may be asking why it is that I no longer work there.  Well, my bills were catching up very quickly and work in this industry is not known to be that well paying.  I now had a degree and was making less than $10.00/hr.  That meant I would never be able to afford to live alone, and I was barely affording my car.  So after a great 5 years, I had to move on away from a fun job in a creative field to become part of normal society; a desk jockey.  I took up employment at MetLife Insurance in Oriskany, NY.  At the time I was elated as I was following the proverbial footsteps of success and my income was more than doubling.  When you’re in financial trouble, doubling your income is mind blowing.  So my life seemed to be picking up.  The first year at MetLife was really great.  I was meeting people, out of financial ruin, and had a nice relaxing job.  Boy-o-boy did I not see misery coming during this honey moon period.  As I said, the first year was fantastic.  Shortly after that anniversary,  I started to notice some unfavorable details about working a desk job, for a corporation, in a stuffy office, full of miserable people, doing droning work for ungrateful management.

In my lovely position as a life insurance claims examiner, we are held to production and quality metrics we are expected to meet or else it eventually goes against us.  We need to complete 3 claims an hour and maintain 99% accuracy in doing so.  Working a claim involves spell checking, verifying benefits, approving payments, and keying information in.  Those are the big hitters.  This ends up being the exact same thing over, and over, and you guessed it, over again.  For someone with a creative, very active mind, doing droning work like this un the standards they want us to meet, really plays tricks on your mind.  You think you’re focusing on making sure something is spelled right, you see it spelled right, and then BOOM!, you get an error on your claim because it was in-fact not spelled right. Imagine doing this for 8+ hours a day while being stuck in a chair, hunched over, staring at a bright screen, under bright fake lights, being micro managed, and surrounded by other people doing the same thing.  It makes for a very toxic work environment with little to no joy or happiness.  On top of this, for 4 years straight we’ve been required to do overtime.  Working under these conditions beyond just a few hours is hard enough but there have been months straight where we’ve been required to work 10 + hour days.  This is the work robots are created to do as they do not fatigue, they do not slow, they do not know misery.  I’ve been at MetLife for just over 5 years now and for reasons I’m not 100% sure on, just started to try and get out.  That means I’ve been unhappy at a growing pace for over 4 years running.

I think It has a lot to do with my tendency for complacency and being overall lazy.  While yes I’m more miserable and sour than I’ve ever been, the thought of having to start over somewhere else is borderline overwhelming.  Applying, interviewing, being in a new environment, having to get to know new people, learn a new job, the list is endless.  But I’ve reached my breaking point and deciding to get out has already started to alleviate my mind.  I’ve left quite a bit out about my personal and professional life which I’ll surely be diving into in future posts but just for some context, I can cough up some details now.  About 2 years into MetLife, I felt a burden from my student loans and felt I needed to do something about it.  I was out golfing one day when a friend of mine had brought up that the Turning Stone Casino was having a job fair for their, at the time, new Exit 33 project that was going to involve all of these theme bars.  Another friend and me both agreed it seemed like a fun environment to work and would enjoy the extra money.  So we both applied for and were hired at LAVA; a nightclub in Exit 33.  This job would be Friday & Saturday nights from 830PM – around 3:330AM.  It’s a loud, dark, and fast paced environment which very high financial probability. 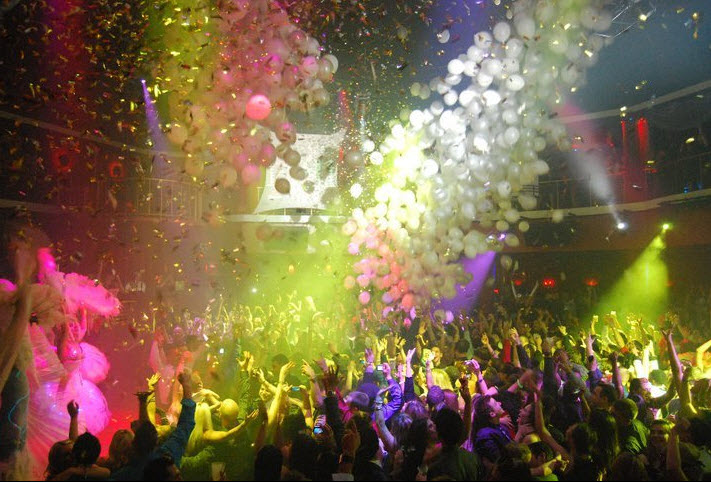 Suffice to say, I paid off my remaining 6 years of student loans in my first 6 months there.  I was making hundreds a weekend; cash.  And I was having a lot of fun doing it.  MetLife was my diet job and LAVA was my cheat meal.  I’ve been working LAVA ever since in parallel to MetLife; yes that means in theory I work 6 days a week and a few hours into the 7th for over 3 years straight.  And yes, I’m currently exhausted.  A little over 3 years into MetLife I, with my sister, decided it was time to further my education to open up some, then, closed doors into the professional world in hopes to have more joy happiness and increase my income.  I didn’t want to necessarily work 6+ days a week anymore.  Around a year ago; 4 years into MetLife, I decided it was time to move out of my parents finally and in the matter of a few months, I found, purchased, and renovated my first home.  And just a few months ago I got my first dog.  So, to briefly wrap up, I am a workaholic, who can’t sit still, and adds responsibilities without dropping any out.  I’m overworked, stressed, exhausted, and finally ready to slow down.  I want to be happy at my job, I want my weekends free, I want to make more money ONE full time job that I currently make at one full time job + one weekend job, and I just want to destress and recoup.

I’m now in my final semester of the IDT master’s program at SUNY Poly, applying for a new job, hoping to leave LAVA soon, and feeling more optimistic about my life knowing that thing swill hopefully slow down a little soon.  If you’ve stuck with this post so far, you’ve noticed I haven’t mentioned the purpose of this blog.  My goal for this Thesis is to launch a website, create a blog that is a running story of my life, and to learn about the process of + implement a podcast as an emerging media trend.  I want the website to house my blog and podcast.  This will be very information, detailed, FULL OF HUMOR; I promise; and fun for both my self and hopefully any given reader.  Now that my back story is out of the way, the fun can begin.  Just know, I write like a speak and sometimes use very funny metaphors to describe people, places, things, and situations, and soon as I can’t find humor in something, I’m done with it.  I hope you stay reading and listening to me! Any questions you might have so far, hopefully will be answered in the coming months.  If you have any questions, do let me know be either emailing me at cannarv@sunyit.edu or in a comment for this blog; if I can apply the option.